The Next Assassins Creed Game! 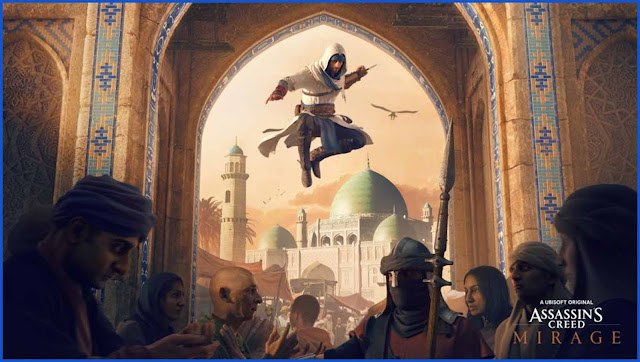 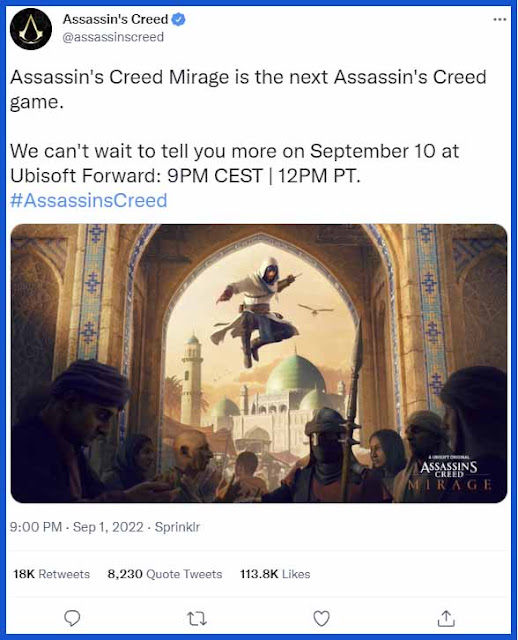 I'm gonna get into further details explaining to you guys why I call this game returning to the old-school format and I think all the fans of the Assassin's Creed franchise are absolutely gonna love this game. first of all, we play Basim Ibn Ishaq. we're going to be playing as a younger version of  Basim who was basically a thief until he arrives and joins the hidden ones, the Brotherhood of Assassins. The story is basically about Basim being a  thief and then how he joins the hidden ones and after he joins the hidden ones and finally, we are going to be playing as a  full-fledged Assassin character once again because so far all that we have been seeing is playing as mercenary and then we've been playing as Viking and a  bunch of garbage stuff that we've seen with the RPGs Assassin's Creeds lately and one big complaint that the community had is that we are not able to play as a  full-fledged assassin character.

Because  Assassin's Creed basically represents that you play as an assassin or Templar so now we play as a young Basim. watching him going from a thief to an assassin cult and also a leader of the  Assassin Brotherhood in the future and apparently, the game is going to have multiple cities which you can explore, and these cities are separated in terms of deserts and rivers and like different kingdoms pretty much like what we've seen with Assassin's Creed one where we played as Altair.

RETURN TO THE OLD-SCHOOL VERSION

One of the biggest things that We are super excited about  Assassin's Creed Mirage is that the game is returning to its old-school route which means that Ubisoft is now completely focusing on the narrative inspiration of what the Assassin's Creed games used to mean back in those days and as far as what the information we've got so far from Jason Schreier and also from the French YouTuber to be counter-attack and then just press a button and the character does his own animations during the combat.

so that is of course a good thing and there's not going to be any leveling system in the game which means that anybody worried about not being able to use different weapons or different outfits just because you're not good leveled enough or if you're not able to do particular missions you'll have to do some side quests to just level up to take down different enemies that are not gonna be the case anymore the game is going to be completely old school but you will be able to fight all the enemies equally at the same time you can also explore the entire world without having to have any kind of logged level system.

inforealnow think that especially because it's not some kind of a Witcher-type RPG game and Assassin's Creed games nowadays definitely do not feel like Assassin's  Creed games at all so this is a big change that Ubisoft has made towards a  positive outcome and I think a lot of fans are absolutely gonna love this change.

We Cannot wait To Tell You More At September 10 At Ubisoft Forward: 9PM CEST | 12PM PT.

Please drop down what you are thinking about the next assassins creed game | Assassins Creed Mirage.