Fit-girl repacks are the most loved repacks all over the world. fitgirl repacks are highly compressed files that are way low compared to the original size of the game. despite its being famous, users are facing many problems regarding the installation of FG repacks. inforealnow has brought the solution to the problem.

Users face these problems with the FG installer:

Possible Reasons  Behind the stuck:

Now there is one thing that you have to imbue in your mind, and that is to run the installer in SAFE MODE.

patience is the ultimate key to this problem, you might be thinking that I am joking but I have reasons to believe that the situation that you think fitgirl repack is stuck, it's not really stuck at that point because it is being processed at that time. whenever you download a repack from fitgirl you would see 2 to 8 bin files like:

they are very large files and they require a large time to execute themselves, even core i7 requires 2 hours to execute. so BE PATIENT.
Bonus Tip: Verify bin files before installation,  it may take an hour or more than that but it helps a lot.

Whenever you will have to install a fitgirl installer, it will have an option like USE 2GB RAM, tick this option there are 95% chances that your FB installer will not get stuck if you have selected that option. by selecting that option you get yourself into the safe zone of not getting stuck.
see it is written there Limit installer to 2GB ram so use this one.

I request you to please do not let go of that message that an FG installer displays that there is not enough space in the destination folder. if you ignore that then it is going to be stuck for sure.

alright, I am not trying to say that it is not going to run on a low-end PC, but I advise you to please do not do multi-tasking when that Fg repack is being installed.

Kindly read the context very carefully before doing anything.

many repacks and folders are coded in the latest codex and they have a difficult time executing the file named in non-Latin symbols, so always use non-Latin numbers while repacking such complex repacks, and if done otherwise the executable may crash while doing so tip number one is that not to use nonlatin symbols as the name of Elon musk's name XAE-12. That way the folder name will be a good one and all the above-mentioned software and cracks will work.

[Fix] [Fitgirl] - Not enough rights to write to the destination folder

torrent downloads the file from all around the world in a very sophisticated manner and after those hurdles, you can play your games so if those packets of data get disrupted so nothing will benefit you while installing the infected data. so in this case rehash the torrent files to solve this issue

Steps for rehashing in uTorrent.

fitgirl says After rehashing is complete, it will be either 100% (GOOD, OK TORRENT) or incomplete (like 99.8%). In that case start this torrent again and let it finish. Then rehash again to make sure that NOW it’s complete. If the rehashing always drops down from 100%, you have a bad memory module (DIMM), and should replace it as soon as possible.

Disable your antivirus software before downloading or installing any type of pirated game or software otherwise, your windows defender or antivirus will clinch some of your files, and your complete program will be distorted and will not run so it's a good idea to disable the antivirus.

UAC (User Access Control) is another framework, that "safeguarding" you from dubious programming. It very well might be fairly valuable for all-out noobs, who see the PC first time throughout everyday life, except if you're here downloading repacks, I suppose you're not an all-out noob any longer.
Complex repacks require the execution of various (de)compressors from the User Temp organizer. Default UAC settings limit those records from execution, halting the installer.
When you set UAC to a minimum level then things become quite simple because then you don't have to worry about your downloaded files and your game is going to work just fine, done and dusted.
So I would say that it is a good idea to toggle this option as defined. it will definitely minimize your chances of crashing of fg installer.

Installers and unpackers require virtual memory to process data and in the unpacking process. So if there will not be enough virtual memory then you can not expect anything good from the fg installer, plus there is an option inside the fg installer, it says to limit the virtual memory to 2GB so there is no need to select that option.
No matter whatsoever is the case, never ever select that option. Also, another thing that you can do is to set the priority high in the task manager here are the steps to do so

So what is going to do is to a lot a greater bunch of virtual memory for that program to be executed.

I can’t run the setup.exe, it’s missing or nothing happens when I try to launch it!

Here are the things you can do to fix that
first of all you need to disable your windows smart defender or smart screen because this option should have blocked the setup when you tried to open it.
1. While the file is on your desktop or in one of your user folders, right-click or press and hold on the file, and click/tap on Properties. 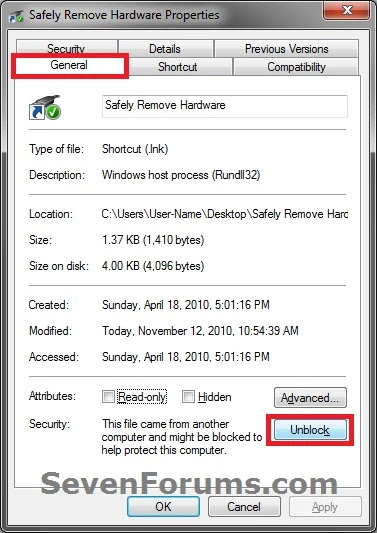 Not found any file specified for ISArcExtract

Fitgirl has a detailed solution for it read it here

Your download is broken, some BIN-files are not complete. To solve it, rehash the torrent, following instructions written far above.
You didn’t download all necessary files for your selection. Say, you’re installing the game in English, but didn’t download setup-fitgirl-selective-english.bin from torrent or filehoster. Download required file and try again.
You’re running the installation from a folder with a weird name, like “C:\Users\ВАСЯ-ПУПКИН\Downloads\__[rutor.is]_Super Fitgirl Repack [FitGirl Repack]\”. In such cases setup.exe can’t see it’s BIN-files and can’t proceed them. Move setup.exe + all BIN files to a shorter path, like “C:\Repacks\Super Repack” and run installer from there.
You have antivirus or UAC active, which prevented rebuiding of temporary archive (I use them a lot) and thus that archive can’t be extracted. So, disable AV or UAC and reinstall the game.