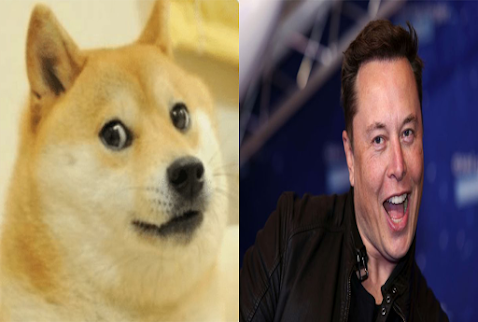 This thing became clear to the world when we came to know that the company tesla has stopped dealing and paying bills of tesla with bitcoin. well, that's the truth. The billionaire is up to a very big thing. well, you people might have noticed that these billionaires can increase and decrease the price of anything anywhere in any corner of the world, I mean are you serious. these people are controlling society and the wealth circulating around like a piece of cake.
This is a big dilemma in the modern world. I would say a big tragedy.

Knowing this thing, whenever Elon musk tweets something about crypto, it has a lasting effect on it. his tweet massively increases and decreases the price of Dogecoin. Elon Musk has over 55.25 M of followers on Twitter. many of Elon's followers are crypto traders so whenever Elon tweets about something. His followers take it as a signal and start investing in it and soon after, its price starts to increase.

let's take the example of dogecoin. before Elon Musk's Tweet, I Might Not Be Knowing The Dates exactly But This DogeCoin Who Came into existence on the idea of a meme king Dog. Well, he is a cute dog I don't deny that but even then this thing is not for society. according to world times, a man lost is 3 million Dollars in this crypto game Just Because of Elon Musk, if it was not enough, even now he is spreading fake news about the dogecoin, he has been saying that he will be using it as a currency with Tesla.

From his tweet, You Can Clearly Distinguish that what he has been Up to,
But If we look Back Into the history We come to know that He also used these tactics With Bitcoin 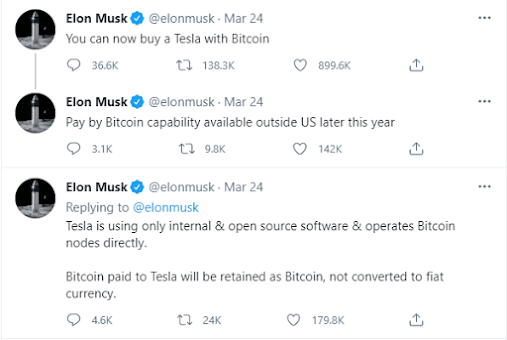